5 Countries You Need To Visit Sooner Rather Than Later


When you think about all the places you want to travel in the future, you may think that they will always be there, just as they are now. However, politics, environmental conditions and economic realities all change over time and sometimes quite rapidly. There is always the chance that you won't get to explore certain countries in the future.
Here are five places that you should make plans to travel to in the near future.


Mexico
The U.S. State Department has issued a warning to American travelers going to Mexico. Several large criminal organizations dominate the drug trade in the country, and violence between these cartels as well as violence against Americans continues to escalate. The State Department notes that murders of U.S. nationals have increased from 35 in 2007 to 120 in 2011. Some areas of Mexico carry a greater risk to the traveler than others, and you should always monitor travel advisories.

Even so, hundreds of thousands of Americans travel to Mexico every year with no issues. Resort areas are particularly popular and most carry no advisory. Because gang and drug violence is increasing in Mexico, making a trip in the near future is better than waiting.

Croatia
Croatia is a popular tourist destination on the Adriatic and boasts over 3,600 miles of coastline, including that of over 1,100 islands. The stability of the country and its currency make it a less expensive option to visit than Italy and other nearby tourist destinations. On Jul. 1, 2013, Croatia is set to become the European Union's 28th member country and will, over time, exchange its currency for euros. When this happens, the cost of visiting Croatia may increase if the euro continues to strengthen against the U.S. dollar.

Japan
Japan is an ancient country with a well-preserved legacy. Visitors can experience its rituals, traditional foods and even the excitement and excesses of Tokyo. Crime against tourists is practically unheard of and visitors can feel safe traveling anywhere in the country.

On Mar. 11, 2011, a 9.0 earthquake occurred just offshore of Japan's eastern coastline. The earthquake itself caused major damage to the surrounding area, but the consequent tsunami that washed over the region devastated large areas and caused the death of more than 15,000 people and 27,000 injuries. It also caused a series of nuclear incidents and a potentially full nuclear meltdown at three of the seven reactors at the Fukushima Daiichi power plant. The plant has still not been stabilized and an evacuated zone still remains around the area. Why should you visit Japan in the near future? The odds of another large earthquake in the future are strong, and it may be enough to decimate large portions of the country. Japan would never be the same if that happens. If you go, follow all government advisories in the Fukushima region to stay safe.


China
China continues to open itself up to tourism and visitors can experience both the past and present in the oldest continuous civilization on the planet. The large cities in China, including Shanghai and Beijing, are becoming increasingly expensive as China rises from being a developing country to a first world power. In the future, this will continue to increase, so going sooner rather than later will help you keep costs down.

The main reason to visit China now is that relations with the U.S. are delicate. While the two countries are still officially on good terms, China's resistance to U.S. conflict intervention in the world plus the continuing threat of economic tariffs could have a chilling effect on relations. This could result in restrictions placed on foreign tourists and make certain areas of the country less accessible.

Scotland
While Scotland appears, at first glance, to be a stable place to vacation that may not remain true in the future. The country boasts increasing support for independence from the United Kingdom and violent demonstrations are also increasing. The tipping point will likely come upon the death of Queen Elizabeth II or the proposed referendum, expected in 2014 or 2015. While Scotland has not seen the same levels of violence as those found in Northern Ireland, the potential is there and should not be underestimated.

The Bottom Line
No one can predict the future of any country or the ability to travel freely anywhere in the world. There are, however, indicators in some countries that conditions may change and travelers may miss out on exploring these places. Make a list of where you want to go in the future and plan to see some of these countries while you still can. 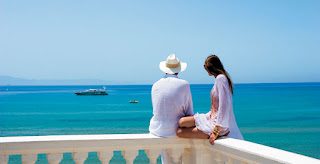 Your life situation can have a tremendous impact on your internal thoughts. If you’re struggling financially, romantically or in an... 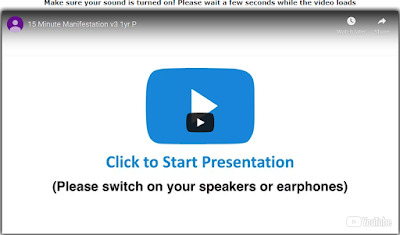